A Podcast Hosted By Ethan Kim To Look At the World Through the Lens of the Youth.

Subscribe to Watch Our Interviews With Local Politicians and JPL Scientists.

What Is Happening In American Politics?

Read Our Articles On the White House, Congress, or General Domestic Issues.

The Four New Sports at the Tokyo Olympics

Photo by Pixabay on Pexels.com

During this year’s summer Olympics, which began on July 23, four sports will make their debut on the Olympic Stage. Athletes from around the world will compete in skateboarding, climbing, surfing, and karate. Below are descriptions of these sports and when to watch them.

Climbing will have one event, the combined competition, that requires athletes to compete in three of the main climbing disciplines—bouldering, lead, and speed. In bouldering, climbers attempt to finish complex routes or problems without falling off. These routes are never more than twenty feet off the ground and are short but quite challenging. In the lead, climbers attempt to complete routes on large, high walls, clipping themselves into the wall as they go along. Speed is when climbers attempt to reach the top of a 15-meter wall as fast as they can. Twenty men and twenty women will compete in the combined event. Each country is limited to two athletes per gender.

When to watch: Qualifications and finals for the competition will occur from August 3 to August 6, starting at 4 or 4:30 am EST.

*All air times are according to NBC’s Olympic TV schedule.

Like climbing, surfing is another nature-based sport to arrive at the Olympics this year. Surfers will compete in the heat. Five judges will score their rides based on difficulty, variety of movements, power, speed, and flow. There will be twenty athletes competing per gender.

When to watch: qualification and final heats will occur from July 24 to July 27. Heats typically start at 6 pm EST and last for several hours, with gold medal heats on July 27 starting at 7 pm EST. 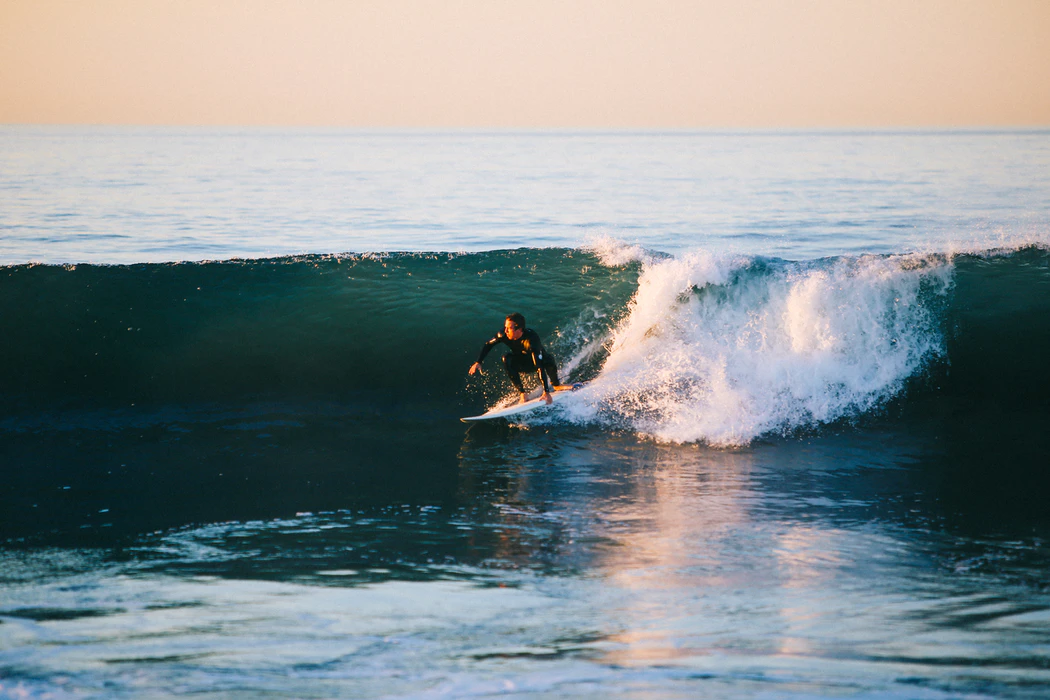 Surfing is sure to be a must-watch event during the Tokyo Olympics.

(Photo by Austin Neill on Upsplash)

The first Olympic gold medalists in skateboarding will soon be crowned in Tokyo. This event will have two disciplines: park and street. Skaters in the park will do runs in a large bowl and receive scores from judges based on difficulty, execution, and flow. In street, competitors will do jumps and tricks along a course of jumps and rails. Judges will score them on each trick in each run, giving it a score from 0 to 10. The bottom and top-scoring tricks are dropped, giving the competitor an average score. Their four best scores will be added together to give them a total score. 20 skaters from each gender compete in each event.

When to watch: Men and women’s street competitions occur July 25 to July 26. The park discipline will air on August 4 and 5. All competitions air at 8 pm EST.

Karate is the last Olympic newcomer and will feature two disciplines. In Kumite, athletes fight against each other in an 8m x 8m square for three minutes. Athletes win points by landing kicks or punches on their opponents. There are three weight classes and ten athletes of each gender for each class. In Kata, athletes perform a series of moves or forms and receive scores on technical execution. There is only one kata division for each gender, with ten men and ten women competing.

When to watch: Competitions start on August 4 and 5 at 9 pm EST. They continue on August 6 and 7 at 4 am and 1 am, respectively.

Published in Featured, Sports and World